During WW11 thousands of women worked the land in Wales to support the war effort but until now there had been no permanent tribute to their invaluable contribution.

On Friday, Geraint assisted in unveiling a plaque at Mona Showground following a major fundraising campaign by Anglesey’s FUW branch.

Ten veterans from the Women’s Land Army (WLA) gathered near the food hall to unveil a Ffestiniog slate memorial mounted on a limestone plinth quarried from Moelfre.

They were joined by around 90 local dignitaries, union members and representatives from the Girl Guides and the British Legion.

Also there was 100-year-old war veteran Richard Carter from Dwyran. 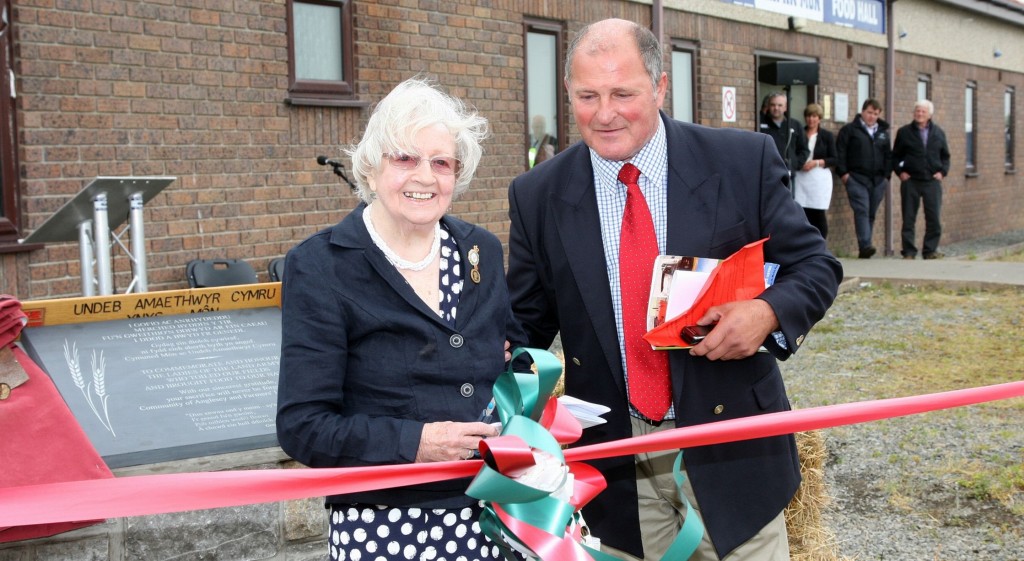